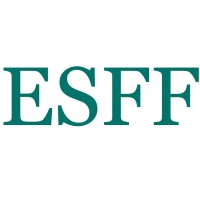 I have been making short films since 1991, having been awarded a grant from the Edinburgh Arts Council for a short film made in conjunction with Edinburgh Film & Video Access. I’ve  also made shorts for cable tv and also for satellite TV channels .
One of my films ‘Zombie Asockalypse’ a comedy/horror animation was featured on BBC 2 on ‘The Culture Show’ and interviewed about the film by Mark Kermode, the BBCs noted film critic, who described the film as ‘The Best Zombie film ever made in a washing machine’! The film was also nominated for best comedy at the 2012 Smalls Film Festival in London and won the 2010 Cinefringe award for best film.

Having previously worked for the Leith Festival’s film strand,  since 2011 I have also been the Festival Director for the Edinburgh Short Film Festival and have overseen the festival’s growth from 2 nights at 2 venues in 2011 to 6 10 nights at 5 venues across the city in 2014.